Sup, Schneckens!
How's it hanging? Wait, what? I have no clue what I am saying anymore. But hello! It is funky Tuesday, and why is it funky I hear you ask - become I funked Paolo Nutini's life up. Haha, you thought the borderline obsessive thing I had for him was over, didn't you? Nope, far from it!

Today was a day where motivation was found in the weirdest ways humanly possible. The first one was obviously Paolo Nutini. His entire album, Caustic Love, just made writing an essay in Drama so much more fun. Damn, 'Cherry Blossom' always gets me singing alone. Actually, the whole album does! Another source of motivation, particularly for the English exam on Friday, was the new ERB 'Stephen King vs Edgar Allan Poe'. George Watsky as Poe just makes me melt every time and I always feel immense pride and happiness when I hear his work - he uses the actual structure devices when writing lines! Heck, even Zach Sherwin, our Mr King, was amazing; it's his fifth time rapping for ERB and it was perhaps his best. 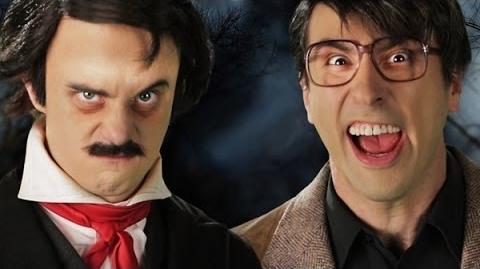 Now the weird source of motivation... Tom Jones. Sir Tom Jones. I'm not saying he's hot, but he is. His voice is like a cookie crumble galaxy bar; smooth and silky with a bit of rough in it, and we all like a bit of rough. WAIT. THAT SOUNDS SO, SO, SOO WRONG. Meh, it's true though, I suppose.. But yes, Tom Jones. Tom Jones. I keep typing 'Tome Jones'. Silly, banoffee pie. Just imagine Tom Jones and Paolo Nutini singing Scream (Funk My Life Up) together. I'll let your ovaries recover. TOM JONES.

Okay, that's it really. Oh, one small rant. Individuals really need to think about how offensive their choice of words can be. At no point is calling someone 'fat', or 'weird looking' acceptable. You should never define someone by their appearance, and if you don't know the person, then you have no right to say something about them! Everyone is equal; no person is inferior because of their job, especially when their job is to educate certain bigots. Just because you have a low opinion on yourself, doesn't mean you can criticise anyone else.