Schneckens, the time is here. Tomorrow is the English Literature exam and many of us are experiencing the blood curdling that Mary Shelley hoped her novel would bring upon her dear reader. In other words, we are freaking out because English Literature is one of the hardest subjects in the world! But I have learnt somethings from studying Gothic literature, so it's only fair we find out what... Oooh...

1. Transgression is pretty much it ~ Come on, who knows what 'transgression' is? If you think back all the way to January, I did a post about things I hated about the exam, and the question mark over transgression was one of them (just to refresh your mind: http://thedailycomplains.blogspot.co.uk/2014/01/8-things-i-hate-about-a2-english.html) Several months on, I get it. I know exactly when to use it and I know that Carter's The Bloody Chamber is pretty much transgression because the boundaries between right and wrong and all that jazz are normally blurred. Sorry, I use this phrase a lot because it was a past question once, so it seems like a good phrase to use. In Frankenstein, there's the whole science and religion thing and Victor's god-like attitude and Macbeth, well, they kill the freakin' king. There's far more examples of transgression, and I'm sure you know them already! 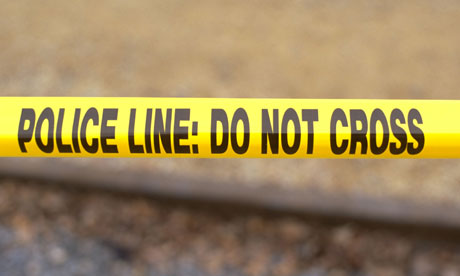 2. So is extremes ~ Just think about it - if transgression is a common feature, arguably the actions are rather extreme. What is extreme, though? Well the name is a clear give away. In the Gothic, there are so many examples of extreme - Macbeth is a key example; the violence has often being described as extreme. I like extreme, there's nothing more interesting than a man creating life out of dead bodies; constant murders; wolf-violence scenarios etc etc. Sometimes it is a bit too much, like The Snow Child. Jeez, the Count is a messed up, schnecken. So is Victor - he has mummy issues.

3. Terror vs. Horror ~ I didn't know what the difference between these were exactly, and now I finally have an understanding! Horror is fear of something we can see, and terror is fear of something we can't see - or that's it in its most simplistic terms. So if a question about terror comes up, I know that the Monster is a no no, because he is seen. But Victor's mummy dream is certainly a point of discussion. Also, if a question about terrifying locations come up, don't let this fool you - you could talk about the locations as a metaphor for repressed desires; or things that cannot be seen - like in The Bloody Chamber with the wives and dungeon.

4. Context isn't as hard as one would think ~ Talking about the sublime (we lurrve the sublime!); the Romantics; second-wave of feminism; Gothic roles and that kinda shabang is totally acceptable. Just don't go crazy though - it's not a History essay. Plus, make sure it's relevant to what you're saying; there's nothing more awks than unnecessary context.

5. Blood curdling? Far from it ~ Mary Shelley intended to curdle the blood and quicken the beatings of the heart, and it did not achieve this in the modern day. Probably did back then because creating a monster and playing God would've pissed a lot of people off. But there's one thing that cannot be denied - the writing in Frankenstein is...well, sublime. Chapter 5 is full of some brilliant quotes that I'm sure many of you will be quoting from on Friday!

6. Forbidden pleasures, or anything like that, is the best ~ When I hear 'forbidden pleasures', I think of kink, which can be applied to The Bloody Chamber (the sadistic relationship, paedophilia etc). But Victor's isn't. Nah, his is science and he is maddened by it, so it's not a pleasure but it does inflict pain. Lady Macbeth is the spirits; she gets pretty hot under the collar over that. There's a lot to be said and once you think deeply about this, it makes a pretty interesting essay. JUST STAY FOCUSED ON THE QUESTION, FOR GAWD'S SAKE! Okay, and that's just a wee smidgen of what I have learnt and more comedic, because let's face it - I have learnt a lot from Gothic literature that cannot be limited to just 6 things. Even though it can be a total Frankenstein at points, it is pretty cool learning about the supernatural and that kinda thing. Now I just need to write about this, and I wish everyone of us success with this exam and for the gals in my class; we can do this!